Antagonizing Critters in the Woods

I think that maturity, in many respects, is overrated. That is why, when I have the opportunity to poke, prod and otherwise antagonize wild animals, I consistently ignore mature concerns like “that critter will bite/poison/melt your face” in favor of the more elemental, more natural “oooh, shiny” mindset that has immediately preceded most of my best memories. Behold, then, the creatures I’ve been pissing off on my hikes and adventures recently.

Millipedes are the ones that don’t have poison, right? Caught this dude next to the Gapcheon River in Daejeon

I think this is some sort of fungus. I’m relatively certain it’s poisonous as well. Not only is it brightly colored (typically nature’s way of saying “you really shouldn’t eat me”), but my fingers started burning about two minutes after snapping this picture. 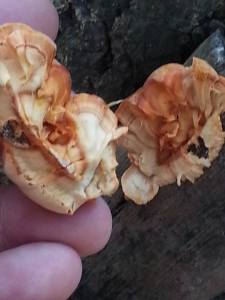 And that’s what the mystery, probably poisonous fungus looks like inside!

Here’s a skink I caught at the pottery village near Gyeryong Mountain.

That same skink after he chilled out enough for me to open my hand. These guys are incredibly well adapted to living in the tight spaces between rocks.

This moth was taking a siesta outside my office at Mokwon University. He is about the same size as the palm of my hand. 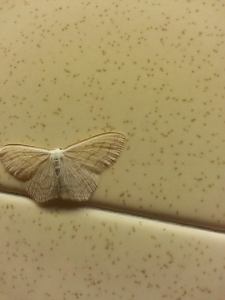 Sticking to the lepidoptera theme, here’s a moth I found in an Oregon campsite about three weeks ago. Check out the cool patterns in his wings.

I usually don’t see butterflies in the hiking trails behind Mokwon University. Imagine my delight when I came across this little dude. 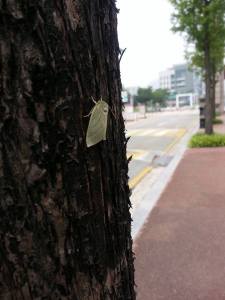 Moths come in such an amazing variety of shapes, colors and sizes.

This dude doesn’t like being watched. It took me five minutes of creeping and crawling to get a decent shot before he scurried for cover. Taken in the woods behind Mokwon University. 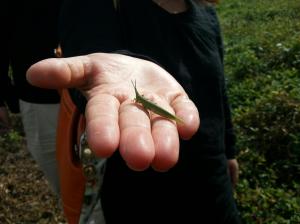 Neat grasshopper I found during the Chuseok festival near the city of Kongju. The entire top half of this dude’s head moves when it chews. I know this because it bit me several dozen times.

Mantids are awesome in a very sci-fi horror movie sort of way. I caught this dude at a rest stop off the highway near Seoul. It was a total rockstar move on my part as well. I saw her flying, held my hand in the pose you see above and simply waited for her to land on my finger.