Joe Frazier was on the verge of organ failure after his victory against Muhammad Ali. I don’t think near death discouraged him – he would fight Ali twice more.

While I’d rush to note that intellectual energy, unlike the metropolitan power grid, is both renewable and expanded by the exertion, the sensation of machinery operating under heavy load applies equally well to both. Without a lot of care, poorly imagined characters explode off the page like pustules squeezed and make beta readers say things like “dude, that’s gross.” It can take weeks to properly research a setting and it always takes two or three run throughs before I can tell exactly how to use that setting to advance the story. Speaking of which, I average about a year per novel doing nothing but making sure every detail and action serves the plot.

Things I’ve done that are easier than finishing a novel include:

2. Walking with a ruptured appendix.

3. Listening to the entirety of a Justin Bieber album. 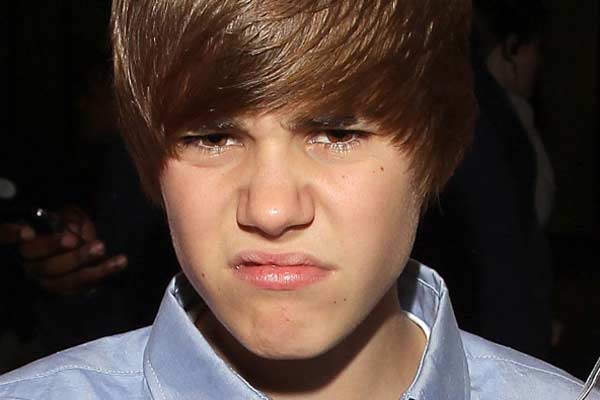 This all begs the question of why, exactly, the writer in me is willing to put up with all that toil. There are lots of factors, certainly. In my case, the novel makes a convenient form from within which to explore my philosophical ideas, to scare myself, to create the least erotic erotica the world has ever seen. Even more fundamental than these, though, is the desire that somewhere, someone will read my story and decide to do me the honor of co-creating. And I think that’s the single coolest thing about a book – unlike a movie or play, the scenes and special effects in a novel all come from the reader.

Accepting criticism is a big part of growing as a writer. Everything I’ve ever written needed an edit, a rewrite. If a good story is gold, the first draft will pretty much always be the stuff you puke up after too much Goldschlager.

This becomes a problem for two reasons: 1. The stuff editors don’t like is more important to talk about than the stuff they do. 2. Most people will hold back on those important criticisms because they don’t want to leave a Cleveland Steamer on the delicate author’s ego – making it harder to improve and easier to continue.

My characteristically delusional confidence levels make the Cleveland Steamers less of a concern and, as such, I spend a lot of time assuring the editors and friends that I’m more interested in the things they don’t like than the things they do. I have learned so much from these people – the vast amount less sucking I do these days is largely because of these friends and editors – but this focus on the negative was also a form of self-denial. The idea was that by getting all the hard stuff and criticism out of the way, I could one day, hopefully, earn real praise from people who weren’t just trying to protect my feelings.

I’ve got two beta readers who’ve recently finished, respectively, The Potency and The Blackguard. My Potency reader is a horror writer enamored of Stephen King and murder mysteries. My Blackguard reader is a big shot memoirist who hangs out with Chuck Palahniuk.

I won’t go into details, but these two folks seem to think I’m onto something. One of them mentioned that I’d made him cry at the end. Somehow, all that work feels worth it.