Bill Nye vs. Ken Ham and the Limits of Logic in Persuasion

On February 4th, 2014, respected scientist, inventor and TV presenter Bill Nye debated religious museum operator Ken Ham. Mr. Nye was arguing that the biological theory of evolution is real. He had thousands of pages of data on fossils, genetics and the weight of virtually all of the scientific community. Mr. Ham was arguing that […] 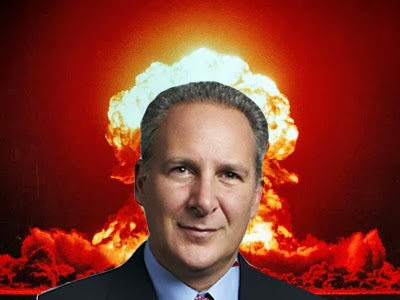 An Open Letter to Peter Schiff

December 2, 2013 · by authorbengarrido · in Culture, Funny, Opinion · Leave a comment

Dear Peter, I just wanted to say first of all that I’m a massive fan of yours. I’m not sure if it’s your paranoid tone, the way your face undulates like a stormy sea as you speak or if it’s simply because you’ve decided that, instead of the innocuous “Pete” appellation commonly adopted by those […]