It struck me recently that I’ve got a pretty big backlog of cool pictures from my travels in both the US and South Korea. This, then, is where I disgorge the partially digested fish of my photography habit into your screaming, baby bird mouths. Yum.

This is from my vacation in Jeju Island. I had originally worried that my traveling companions might be smart and elect not to go sight seeing during the hurricane. Imagine my delight when they both proved to be just as dumb as me. 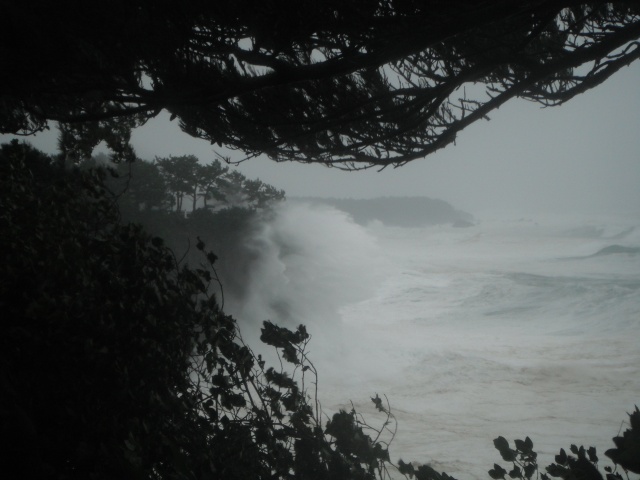 Another picture of the cliffs near Seoguipo in Jeju Island.

Staying in South Korea, this is Chungnamdae. It used to be the private getaway of the Korean president. It’s near my base of operations in Daejeon. 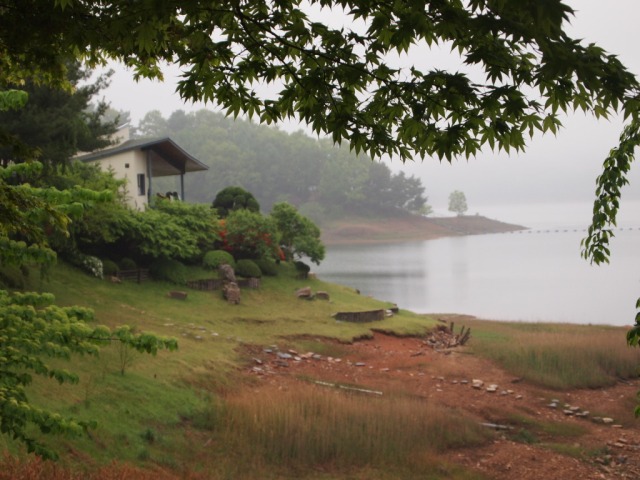 Here is another Chungnamdae shot. I’ve strategically cut off the stupid golf course but left in the lovely tea house.

Here is the underside of the roof on a lovely little traditional paper maker’s store in Jeonju City.

This is the Queen’s garden in Gyeongbuk Palace in Seoul. 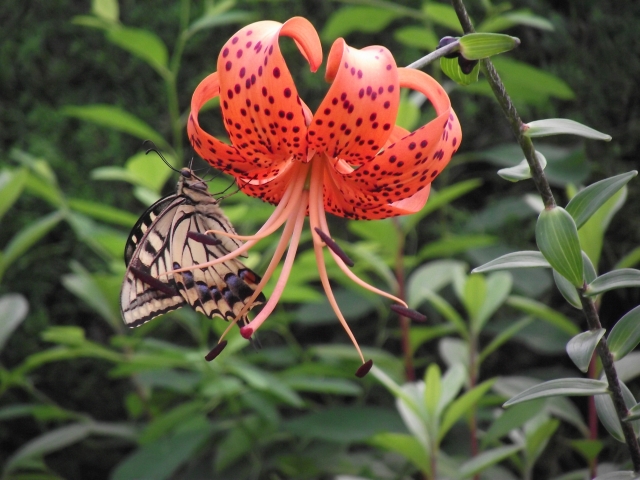 Butterfly I found in Gangwon Province.

Another bug from Gangwon Province.

My sister chilling out in front of a traditional tea house in Gongju City.

My mom in the “Chicken Forest,” right in front of the Oreung Royal Tombs in Gyeongju City.

Here is the garden of the founder of the Gyeongju Choi family’s home. 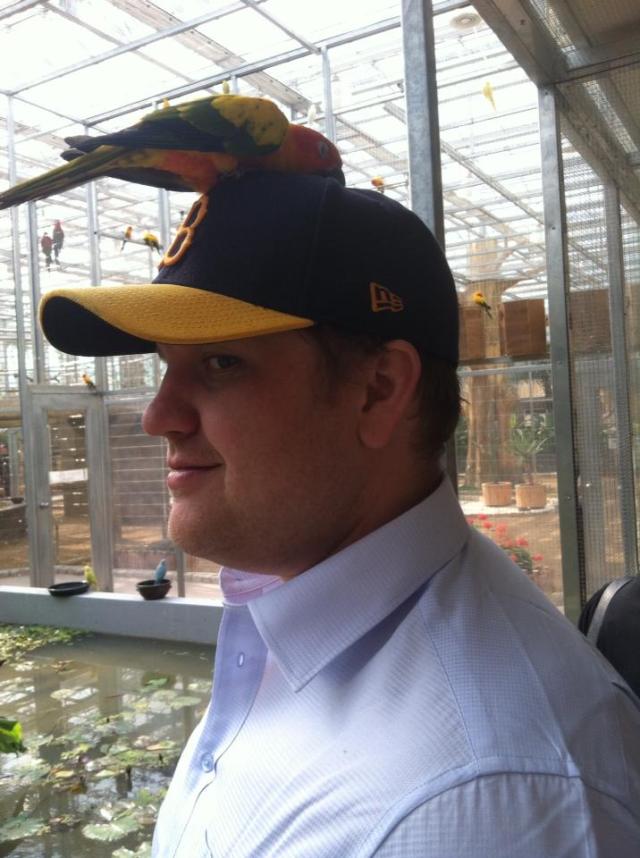 Me, with a bird on my head. Thanks, Gyeongju Bird Park, for allowing a parrot to attack my hat for half an hour while everybody laughed.

Everything from here on was shot in the US. Here is the approach to Frenchman’s Lake in California.

Out of all the photos I’ve taken, I think this is the best. Dixie Peak, California.

I never did figure out what this logging (?) device was for. Frenchman’s Lake, California.

← CJ’s Nightmare, An Excerpt from The Potency.
The House Husband →