May 12, 2018 · by authorbengarrido · in Ethics, language, Retribution Theory, Theories of Punishment, Writing · Leave a comment 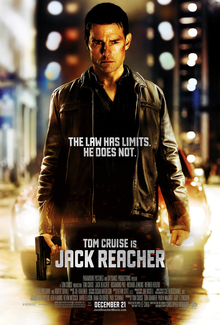 I recently watched a Tom Cruise star vehicle called Jack Reacher. It is not a good film. But there is one particular part, a tiny little sliver, that could have been the seed of a truly excellent story.

Jack Reacher is a mysterious maverick with supernatural detective skills who lives completely off the grid and doesn’t care about the rules because of course he is. He enters the story after a mysterious baddy kills some disposable males and three touchingly tragic women with a sniper rifle. At first it seems like the shooter was a former Army Sniper called James Barr.  So far so cliche action flick.

However, things get considerably more interesting when Jack Reacher offers to help Barr’s defense lawyer on the condition she talk to the victims of the shooting. I suspect the intention here was to make the “calloused” defense attorney who “doesn’t care about the victims” confront the “corruption” of defending clients in court. And indeed the families hold the attorney in absolute contempt. In particular, there is a scene where the attorney visits the father of one of the tragic female victims that seems to indict her for callously defending a “criminal.” The victim’s father starts off by guilt tripping the attorney, builds up to a touching story about how his daughter was selflessly sacrificing her dreams for an adorable little girl and then finishes off the scene by exclaiming “Barr deserves to die” and threatening to shoot the attorney.

Had Barr been guilty, this would have been a normal movie cliche. But it turns out that Barr was the victim of a frame job and completely innocent.  Being that Jack Reacher is a kind of crappy movie, the scene with the victim’s father never comes up again and the audience is pretty obviously invited to forget it ever happened. What a wasted opportunity.

That father, the weeping victims’ families, the audience as a whole, wanted to watch James Barr, innocent man, die of lethal injection. The victims’ families were, in addition to being completely unreasonable in their treatment of the attorney effectively guilty of attempted murder. What if, instead of the trite “hero throws down his gun and beats up the bad guy” ending we actually got, our attorney had returned to the victim’s father and confronted him? 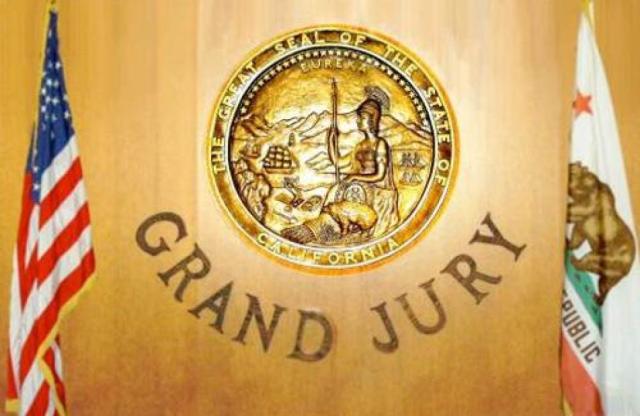 My mother spent a good portion of 2017 serving on a grand jury. The official purpose of the grand jury was to decide whether or not the prosecution had sufficient evidence to bring various suspects to trial. According my my very miserable mother, the actual purpose of the grand jury was to allow prison officials, prosecutors and jurors to hang out, cast aspersions upon the accused and fantasize about the glorious justice they could bring crashing down upon the heads of people who were a) generally not represented by counsel, b) not convicted of anything and c) almost universally ignorant of their rights in court.

She told one story of a man who opened a bottle of rubbing alcohol in a Wal-Mart and, confronted by security, panicked. In the process of attempting to run away, a security guard tackled this man. The police showed up on the scene. The unauthorized opening of a 99 cent bottle of alcohol had somehow resulted in assault, robbery and resisting arrest charges. My mother found this all a bit stupid but, much to her despair, discovered that her fellow grand jurors felt differently. This scum criminal, they explained, deserved all the retribution the system could muster. How glorious would it be to see this trash hauled away to prison for years? How satisfying to know the unauthorized rubbing alcohol bottle openers of the world would “take it up the ass in the showers?” How positively delicious is it to serve as the avenging angle, smiting the wicked from a position of utter justice? 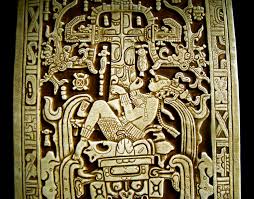 Check out my fictional recreation of the Jack Reacher scenario. Below I’ve included an in universe legend from my novel in progress, The Knights of Finite Resignation.

The Feathered Serpent
When the primordial mists first lifted from the mountains and the first jaguar fell upon the shape shifter Jama and brought about the eight Tenocelome – when this had passed the priest Ix Zacbeliz had inscribed in his skin the mark of the Feathered Serpent upon his throat, his thumb and atop his feet.

Upon this Ix Zacbeliz took unto himself a concubine called Xinsuz and sired 888 children with her. These were called the Xinsuzai. The Great Mother saw this and grew fearful. The Great Mother sent out to the Xinsuzai a spy called Ahalpuh. For eight days, Ahalpuh traveled among the Xinsuzai. For 12 days he drank from 8 great rivers of enchanted wine with the king of the Xinsuzai. When he had become drunk the demon came to his dream. Whereupon Ahalpuh received a vision of the future. He saw the King of Xinsuzai rise against Ix Zacbeliz, resurrect the shapeshifter Jama and cast the Feathered Serpent from heaven. When he woke he fled for eight days, returning to the Great Mother with tales of his vision.

The Great Mother took unto herself the golden sword in her right hand and the Zhengyi into the left. With these she fell upon the Xinsuzai and slew them. When the last of these had perished, darkness fell upon the land, pus oozed from the earth and the moon turned yellow. Great conflagration befell the people. The corn wilted, the gourds became bitter, the white mat caught fire, the golden sword sank into the earth and the Zhengyi emanated plague onto the 12 cities.

“The golden sword your wife has polluted with murder, the Zhengyi she corrupted with the blood of the innocent.”

Ix Zacbeliz ran to the spy Ahalpuh and fell upon him. When Ahalpuh breathed no more Ix Zacbeliz called again to the Feathered Serpent saying “I have slain the bringer of false dreams. Return the corn, gourds, white mat, golden sword and Zhengyi to my hand.”

To this the Feathered Serpent answered “the lovers of justice love only vengeance. If my children are to restrain the lovers of justice, they must hold the exculpation of the innocent holiest among all holies. It is for this reason I have taken the corn, gourds, white mat, golden sword and Zhengyi.”

Hearing this the Great Mother climbed to the peak of Ozomahti and threw herself onto the rocks. The Feathered Serpent saw this and restored the corn, gourds, white mat, golden sword and Zhengyi. The people rejoiced but Ix Zacbeliz wept for 888 days. The tears of Ix Zacbeliz formed the Sea of the East, the Sea of the West and brought to the fields rice, wheat and sorghum. Until this day none are cursed so much as the over-zealous judge.