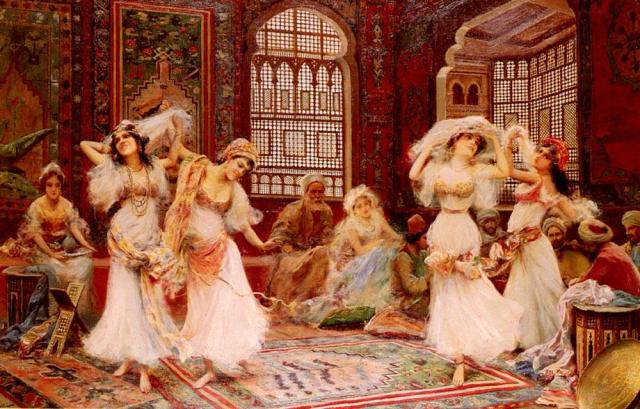 Here are six women who would not otherwise be rich.

I’m writing the next novel and it’s going to be heavy on issues of femininity and masculinity. I’m interested in how masculinity changes shape with each step up the social ladder, particularly the idea that one of the most woman-friendly things a king or powerful man can do is doink everything that moves and, conversely, one of the most woman-unfriendly things a society can do is institute monogamous marriage.

So I was listening to a really fun podcast about the history of China and it dawned on me that, no matter how terrible the emperor or dukes were, no matter how sick or awful, they always had a willing harem of beautiful young ladies competing, often murderously, for their attention.

If you are not into China, think of Henry the Eighth. A fat, old psycho with open wounds on his legs who has already killed multiple wives and yet, when the opportunity to become wife number 8 opened up, the most beautiful and desirable ladies of the realm lined up for the honor.

I then read the ethics of Confucius and saw that, just like in most of the West, monogamy was the prescription for men UNLESS they could afford to support a harem.

So, here’s something I’m playing with for the book – what if the harem is preferable to those women because it represents greater security, prosperity and opportunity than being the one and only love of farmer Bob? This seems true, after all. Being the fourth wife of Bill Gates certainly offers a brighter future for both the woman and her children than being the only wife of a welder. If this is true, it begs the question of why most women didn’t end up in harems?

The idea I’m playing with is that the victims of polygamy, poor men, want monogamy as a way to get a (more or less) guaranteed wife. The rulers, needing poor men for things like armies and farms, thus make a deal. “We will destroy the woman’s chance for upward mobility and give you a shot for a wife IF you are willing to fight/farm/labor for us.”

Then there is also the violent, unstable nature of societies with lots of unmarried men. I’m thinking places like American inner-cties, much of the Middle East or many parts of China. This makes me wonder if monogamous marriage isn’t, structurally, a form of damage control. Damage control for women in the sense that each lower class man can only ruin the prospects of one woman and damage control for society in the sense that it prevents the instability endemic to areas with lots of single men.

Am I full of it? Is this at least interesting enough to explore in a book? Any things I’m missing?